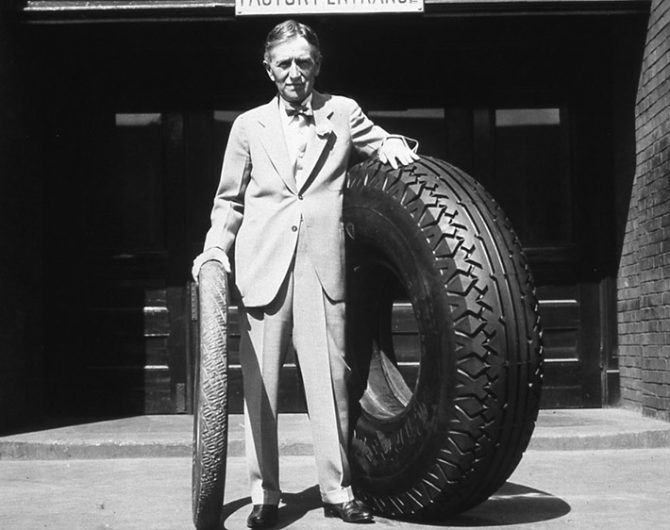 As the number one tire shop in the area, our experts at Tires Too love everything about tires. From the latest trends to the history of how it all started, we just can’t get enough. Because of our passion for tires and our dedication to our customers, we’d like to take this time to share with you the story behind Firestone Tires. Enjoy!

Born on his grandfather’s farm in Ohio, Harvey Samuel Firestone was a force to be reckoned with. As one of the first global makers of automobile tires, Firestone certainly left his mark on the world when he passed in 1938. He was, undoubtedly, an innovator much ahead of his time.

As an inventor, many of the ideas that Harvey S. Firestone came up with innovative and game-changing. After leaving the farm to work at his uncle’s buggy company in Detroit, the sky was the limit. Below are a few of the inventions credited to Mr. Firestone:

It was also here at his uncles that Firestone met another young man named Henry Ford. Ford happened in one day to purchase a set of tires. It was then that the beginning of a strong friendship and business partnership began. In 1897, Firestone founded his first tire business in Chicago. A few years later, The Firestone Tire & Rubber Company launched. In its first year, the company sold $110,000 in tires. In 1920, $115 million. Pretty impressive given the times. 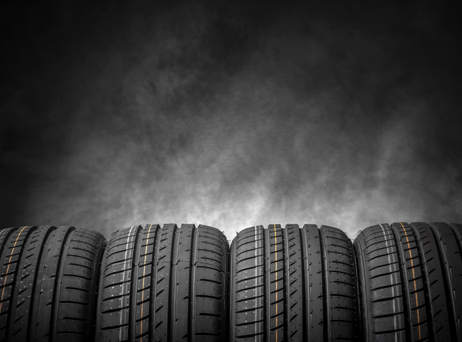 The rest was history.

Until his retirement in 1932, Harvey Firestone continued to innovate and change the automobile world.

“When we consider the future of the transportation and the part that rubber tires will play in the new scheme of things, the opportunities of the Firestone organization become almost too big to grasp.” – H.S. Firestone, 1917

Although the automotive world has seen many more advances, the Firestone brand remains a leader in its commitment to staying ahead of the curve. So, when it comes to choosing the best auto repair shop in your area, Firestone should always be an option with tires!

At Tires Too, we take pride in offering the area’s largest selection of brand named tires that you can rely on. To schedule your appointment, contact our team today at (603) 434-2730.